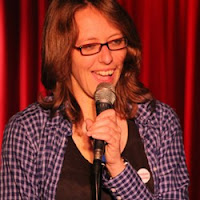 The next Femmes event is 4 October at the RVT with Zoe Lyons headlining.
Posted by Rosie Wilby at 13:07 1 comment:

Odd Ones Out is back - live! 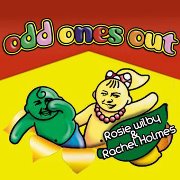 Last night I joined my good friend Rachel Holmes on stage to try out our popular podcast 'Odd Ones Out' live at the Pull the Other One Cabaret in Herne Hill. To view the result click here -> YouTube Link

The podcast is free and available on iTunes if you search or click here where you can hear all about our ramblings.

Enjoy!
Posted by Rosie Wilby at 07:11 No comments:

Femmes ON the Thames is back!

My all female performance showcase Femmes by the Thames is back on May 17th as Femmes on the Thames.

The showcase has been running every few months for the past two years at Royal Vauxhall Tavern to rave reviews and rapt audiences with guest acts including Pippa Evans, Lady Carol, Sarah Louise Young and Mae Martin gracing the stage. However, the story actually all started back in 2007 with a short monthly run on Battersea Barge as Femmes on the Thames and, for one very special night only, the Femmes are returning to their original home as part of Wandsworth Arts Festival.

Tiffany Stevenson
Fresh from ITV's Show Me The Funny, actress and stand up comedian Tiffany entertains with her deadpan humour.
'Had me and the rest of the audience in stitches' What's On Stage

Cariad Lloyd
Fosters Newcomer Nominee presents her bizarre and deluded characters, from Andrew the 7-year-old stand up to Cockney Sam and his murderous songs of woe
‘Breathtaking’ ***** The Skinny; ‘Sharp, witty and fiercely intellligent’ **** Fest

Liz Bentley
South London’s quirkiest and most wondrous musical comedy poet
‘Truly the most indefinable act I’ve ever seen. I wouldn't want to have missed it’ Three Weeks

Mary Leay
Acoustic singer songwriter featured on the soundtrack to the new David Tennant film
‘Exquisite, memorable songs with the voice of an angel’ Get Rhythm magazine

For more information visit our fabulous Femmes by the Thames website.
Posted by Rosie Wilby at 02:08 No comments: