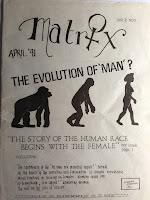 Watch the trailer here
Posted by Rosie Wilby at 07:26